Have you ever left an art museum brimming with excitement, inspiration, and an overwhelming since of creative urgency? THAT is the feeling that inspired Museum on the Move, a collaboration between Arts For Life Winston Salem and the Reynolda House Museum of American Art.

Beginning this spring, Arts For Life students and their families staying on the Hematology/Oncology inpatient unit at Brenner Children’s Hospital will be able to check out a Museum on the Move Box based on one of the over 200 pieces in the Reynolda House permanent collection. Each MOtM box contains an image of a piece of art from the collection, two lessons with detailed instructions and examples, all the materials needed to complete the lesson, and a book about the Reynolda House Museum. The boxes provide students the opportunity for highly-structured self-guided art experiences 24 hours a day—because sometimes inspiration hits in the middle of the night!

For the first round of Museum on the Move boxes, which began rolling out in May, Program Director Betsey McLawhorn and her team chose three pieces from the Reynolda collection that inspire a creatively diverse set of lesson plans. The first is a sculptural multimedia work by Naim June Paik entitled Leonardo Da Vinci (1991). Using this piece as inspiration, the companion lesson plans guide students through the process of creating paper robot sculptures as well as Lego-stamped “Moving Parts Robots.” 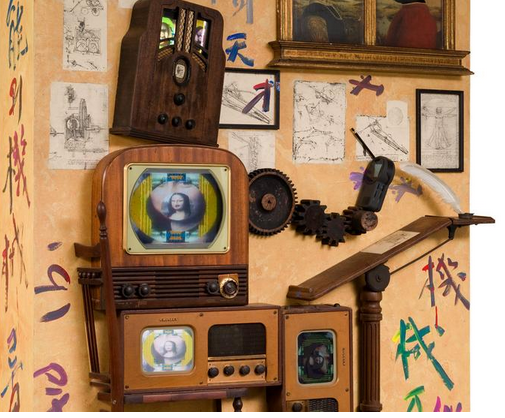 Another box, inspired by The Andes of Ecuador, an 1855 painting by artist Frederic Edwin Church, encourages students to explore watercolor landscape painting in one lesson and traditional Ecuadorian weaving techniques in another. 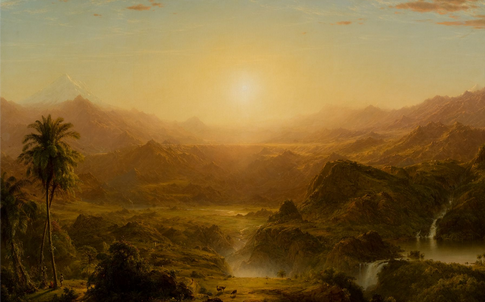 The third box, based on Frederic Remington’s iconic sculpture The Rattlesnake (1905), serves as the starting point for torn-paper landscape collages reminiscent of the wide open spaces of the American west, and spiral snake sculptures.

Arts For Life Winston-Salem students and teachers have already had a chance to pilot this first round of lesson plans, and the stunning results were on display at a “Pop-Up” Exhibition at three different downtown locations this past April. This event also coincided with Reynolda House’s annual community day, which offered Arts For Life families, along with the general public, a chance to actually go see the original inspiring works of art.

Betsey is particularly excited about Museum on the Move not only because it exposes kids and families to historically significant art, but also because it “encourages making connections within the local community.” And Winston-Salem, just like the Arts For Life students who live there, is a thriving, bustling, and creatively-rich community because of resources like The Reynolda House Museum.